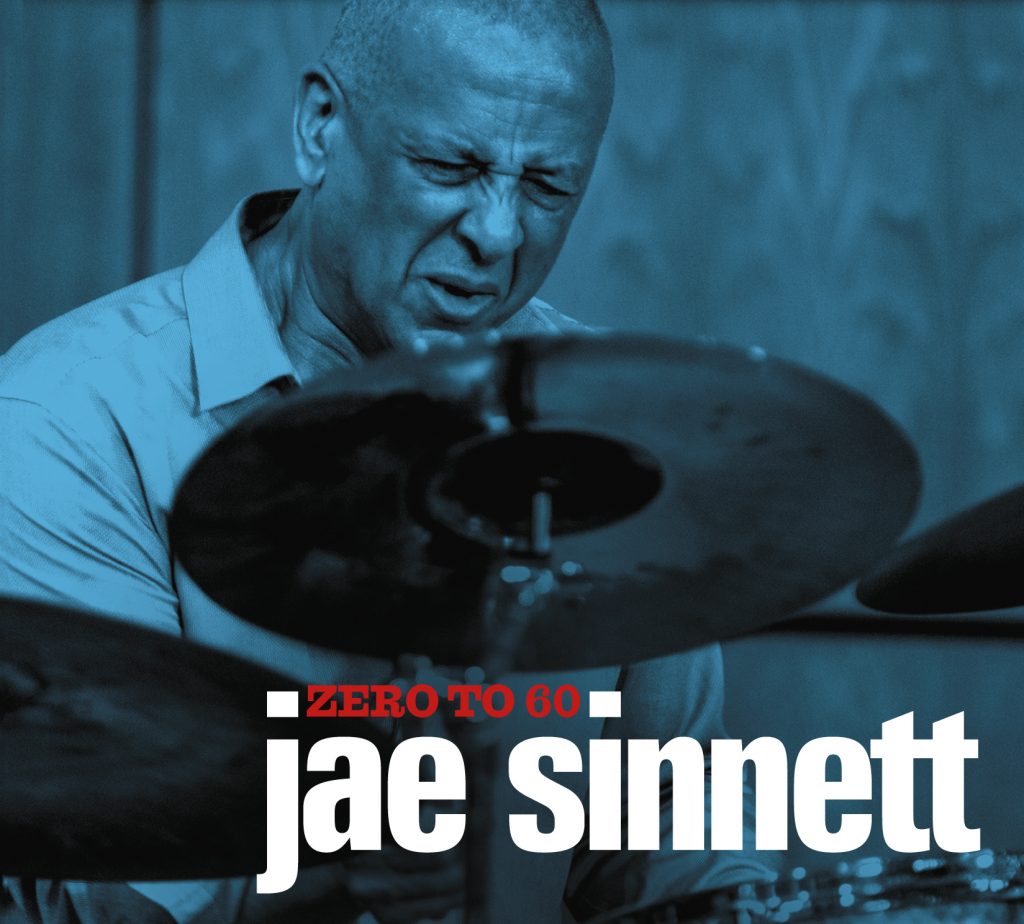 The title of this record is something of a double entendre, referencing both the arrival of a milestone birthday for drummer-composer Jae Sinnett and the specific decade that helped influence his outlook on music, art, and life in general.  But don’t let that information fool you.  This isn’t some nostalgia-filled date with flower power filigree.  This is modern jazz that sells itself through the marriage of sophistication and accessibility.  And while those two might seem like strange bedfellows, they shouldn’t.  There’s no reason that music can’t be catchy and intricate at the same time, and this record successfully makes that argument.

Exhibit A in Sinnett’s case on the compatibility of the aforementioned qualities is the album opener – Double Dribble.  It’s a tune that hurdles forward in three, halts and changes gears with layered entrances over a riff in seventeen, and shifts into streamlined 4/4 swing.  All of that happens within the first minute of the pieces, and all of those different moving parts, along with a few other twists, come back at one time or another.  So does all of that lend the music a dizzying quality and make it incomprehensible?  Absolutely not.  By the second listen the riffs are already permanently lodged in the mind.  Every tune that follows, while not necessarily as metrically complex, walks that same line, adopting no-nonsense musical tactics while also proving to be completely approachable from the listener’s side of the fence.  There’s Farm Hands, opening with a hypnotic two-against-three feel before shifting gears into swing; Hans Up! which artfully moves from a funk-laced groove to a Brazilian-influenced feel while referencing bassist Hans Glawischnig’s contributions in name; Bowen’s Arrow, an intense feature for saxophonist Ralph Bowen with precision hits and a metronome-bustling swing drive; and the title track, driven by Sinnett’s perky drumming and the chordal jabs of his longtime pianist, Allen Farnham.

Elsewhere on the album, Sinnett furthers and broadens the picture by looking back.  Quail Creek, for example, takes a spiritual, Coltrane-influenced path, and the lone standard on the record – Never Let Me Go – plays to tradition with its straightforward approach and trading of solos.  Sinnett manages to address jazz from numerous angles here, which should come as no surprise to anybody familiar with the man.  With thirteen other albums to his credit over the past three decades, a quarter century of work as a jazz radio personality, a sterling reputation as an educator, and vast composition credits spanning genres and formats, Sinnett has practically done it all.  He brings all of that experience to bear on this album, merging powerful thought and pleasing ideas with nary a problem.